Skip to content
WWE Money in the Bank Match Results 2019

The winner of Money in the Bank Ladder match is Bailey.

Ø  WWE US Championship Match: It was Samoa Joe vs Rey Mysterio. The winner of this match is Ray Mysterio. Because of frustration Samoa Joe later brutally attacked to Rey Mysterio which ruined Rey Mysterio’s celebration.

Ø  WWE Money in the Bank Steel Cage Match:It was Shane McMahon vs The Miz and the winner is Shane McMahon. Shame came out from the cage by dropping himself under his t-shirt.

Ø  WWE Cruiserweight Championship: I can say the most flying championship title in WWE. It’s Tony Nese vs Ariya Daivari and the winner of this match is Tony Nese.

Ø  WWE Raw women Championship: This is Lacey Evans vs Becky Lynch. Becky won this match but soon after this match she had to face Charlotte Flair for Smackdown Live Championship.

Ø  Here comes the unexpected ones. Bayley came attacked Charlotte took the benefit for this, cashed in her money in the bank contract on Charlotte and became the Smackdown Women Champion in the same night.
Ø  Elias attacked Roman Reigns from behind with his Guitar.
Ø  Immediately Roman attacked back to Elias and took revenge with superman punch then match started Roam vs Elias and Roman defeated Elias with the Spear.
Ø  RAW Universal Championship:- Excitement was over and the match started Seth Rollins vs AJ Styles. It became so interesting and Seth Rollins became the fighting champion. What a match! WAO!
Ø  Lars Sullivan attacked Lucha Dragon: Don’t know why this big guy is attacking nowadays.
Ø  WWE World Heavyweight champion: Its was Kofi Kingston vs Kevin Owens and still the winner is Kofi Kingston. Kofi Kingston is becoming a fighting champion and defending his championship successfully against whoever it is.
Ø  Money on the Bank Ladder Match mens MITB: Eight WWE superstars entered into the WWE ring and everyone fought for themselves. Again I can say it was amazing.

At the end Brock Lesnar came and it was shocked when he took Money in the Bank contract and he became the shocking Mr money in the bank Briefcase winner. So be ready to see defeating Seth Rollins and that will be interesting. 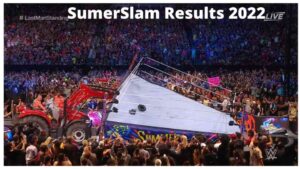 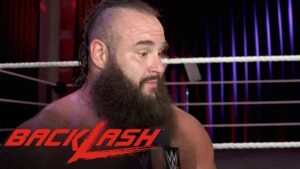 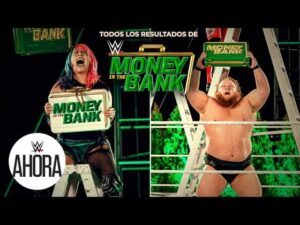 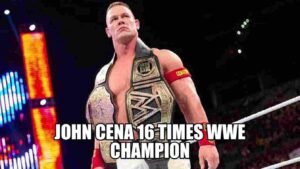